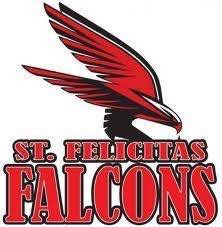 The Catholic Youth Organization (CYO), through the vehicle of sports, provides youth with an opportunity to practice Christian attitudes and responsibilities and to become friends with other children throughout the diocese. CYO activities should be examples of the meaning of Christian sportsmanship. The guiding principle behind the enforcement of this code is that the behavior of everyone involved in CYO should not detract from the children’s enjoyment of the sport.

Acceptable standards of coaching behavior include:

❑ Set a good example for participants and fans to follow, exemplifying the highest moral and ethical behavior.

❑ Respect the judgment of officials; abide by rules of the event.

❑ In basketball and volleyball, remain seated on the bench at all times except in the instances in the National Federation Basketball Rule book.

❑ Any coach ejected from a game because of unsportsmanlike conduct will be suspended for the next two games and may be subject to additional penalties.

❑ Any coach who physically abuses an official will be suspended for the remainder of the season and may be disqualified from CYO participation.

❑ Any coach who cheats or acts in an unethical manner will be suspended for the remainder of the season and may be disqualified from CYO participation.

Acceptable standards of participant behavior include:

❑ Treat opponents with respect; shake hands prior to and after contests;

❑ Respect the judgment of officials and abide by the rules of the contest;

❑ Accept seriously the responsibility of representing the school or parish by displaying positive behavior at all times;

❑ Play in a positive manner, reflecting Christian values. Do not bait or taunt opponents.

❑ Any player ejected from a game because of unsportsmanlike conduct will be suspended from the next game and may be subject to additional penalties.

❑ Any player who physically abuses another player, participant or official may be suspended from play for the remainder of the season and may be disqualified from CYO competition.

Acceptable standards of spectator behavior include:

❑ Remember that the players are children and are playing for their enjoyment, not yours.

❑ Remain seated in the spectator area during the games;

❑ Be a role model by positively supporting teams and by not shouting instructions or criticism to the players, coaches or officials. Do not coach from the stands;

❑ Make no derogatory comments or gestures to players, coaches, parents of the opposing team, officials or league administrators. Penalties:

❑ Participating teams and their coaches are responsible for the conduct of their spectators.

❑ Any spectator who displays poor sportsmanship may be removed from the facility by an official, their team coach, a league official or the host gym person-in-charge. ❑ Any spectator who interferes with the conduct of a CYO activity may, at the discretion of the spectator's parish, league, or the Oakland Diocese, be barred from attendance at subsequent CYO activities.

The parishes and leagues, under the supervision of the Diocesan CYO Office, shall enforce this code. Complaints regarding violations of this code shall be first brought to the attention of the coach then the Athletic Director of the parish/school involved. Coaches, participants or spectators may be placed on probation or suspended from CYO activities for their actions.